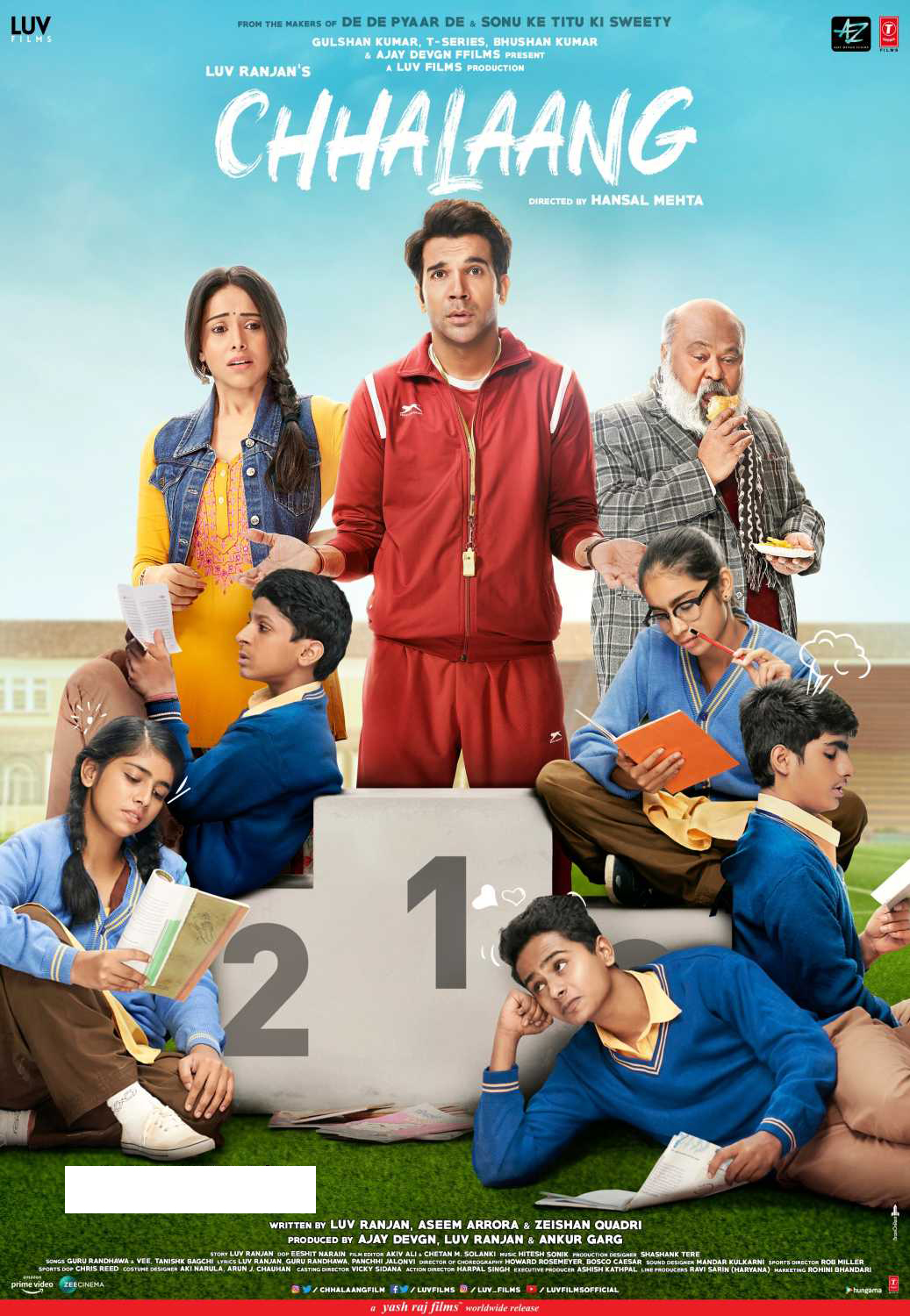 The trailer of the eagerly-awaited Chhalaang, a unique social comedy has been unveiled today. Directed by Hansal Mehta, the film is a Luv Films production and is presented by Gulshan Kumar & Bhushan Kumar. Produced by Ajay Devgn, Luv Ranjan, Ankur Garg the film stars versatile actor Rajkummar Rao & Nushrratt Bharuccha in lead roles along with Saurabh Shukla,Satish Kaushik, Zeeshan Ayyub , Ila Arun and Jatin Sarna in pivotal roles. The filmis sure to strike a connect with children by releasing on the eve of Children’s Day. Add to that, with the fervour of Diwali around the same time, Chhalaang promises to be a film that appeals to the entire household providing a wholesome family-viewing experience. Prime members in India and across 200 countries and territories can stream the global premiere of Chhalaang on November 13, exclusively on Amazon Prime Video.

Director Hansal Mehta shared, “We made this film with the hopes of delivering a beautiful message through a light hearted comedy. While being extremely relevant to student and teacher’s life, Chhalaang is a complete package filled with emotions of love, comedy, friendship, rivalry and emotional drama making it a perfect Diwali family entertainer. We look forward to the film’s global release on Amazon Prime Video.”

Actor Rajkummar Rao shared, “Sports plays an essential role in building the character of children while having fun! Chhalaang took me back to my school days - looking back I realise how the sports I played in school have shaped me as a person today. This is a special film – a true family watch and perfect as a Diwali launch. I look forward to the release of this inspiring film across the globe and hope that this family entertainer brings back joyful childhood memories while sending a powerful message.”

Actress Nushrratt Bharuccha shared, “I enjoy exploring unique, exciting roles across films and my character in Chhalaang is one that I have never explored before. When the film came my way, I was excited to essay this unique character while working with some of the best talent in the industry including Rajkummar Rao, Saurabh Shukla and Satish Kaushik, who are known for their impeccable performances.”