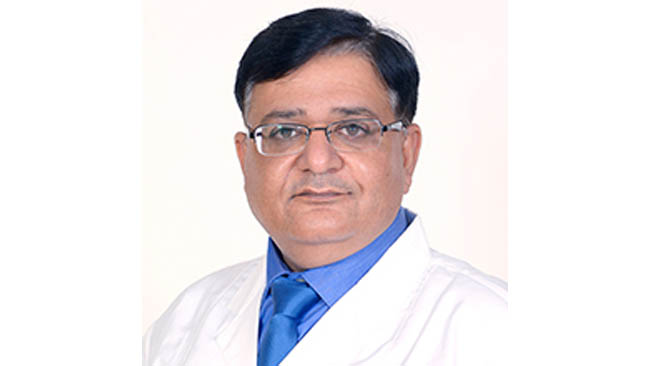 COPD is a term used to notify a group of diseases including chronic bronchitis, refractory (non-reversible) asthma and severe form of lung infections. Millions of individuals are being diagnosed with COPD which is a result of combination of both lifestyle and environmental issues. According to the recent data, Haryana ranks 4th in the nationwide respiratory mortality rate from chronic respiratory diseases, with around 30,000 deaths a year. Around 3 lakh people were affected with COPD last year with majority of the population being from Karnal (42%). Some of the leading factors of COPD include smoking, asthma, exposure to chemicals and fumes in the workplace and long-term exposure to air pollution and inhaling dust.

Highlighting the dangerous trend of increasing pulmonary health problems among the people of Karnal,  Dr. Inder Mohan Chugh, Director,  Interventional Pulmonology and Sleep Medicine, Max Super Specialty Hospital, Shalimar Bagh,New Delhi,said, “Over the years, the incidence of COPD has increased dramatically in the country. Often people mistake breathlessness and coughing as a sign of old age. However, increasing breathlessness is a red flag for COPD. The term COPD is an umbrella term to describe lung diseases and it can develop for years in the human body without noticeable shortness of breath. The disease is characterized by a obstruction of airflow into and out of the lungs that makes breathing difficult.”

People above 40 years, having a history of smoking or the above exposure are the ones who show up the key symptoms of the disease such as cough, shortness of breath, loss of appetite, weight loss etc. COPD can also occur in people who have undergone a long term contact with harmful lung irritants at their workplace like chemicals, dust or fumes or organic cooking fuel.

He further added, “COPD is most prominent in winter. As the temperature drops, people with COPD are more prone to illness. The effect of cold weather on lungs can be extreme and chronic exposure to cold environments is known to cause dramatic and harmful changes to the respiratory system. With the onset of winter, blood vessels begin to narrow, restricting blood flow and depriving the heart of oxygen. It is the leading cause of cold-related mortality among the elderly. Even genes play a big role in an individual’s development of COPD. Hence, it is important that one visits a specialist immediately in case there is a single symptom indicating COPD. A simple spirometry (Pulmonary Function Test) test taken in time could save lives.”