Web series SIN will keep you hooked till the very end! 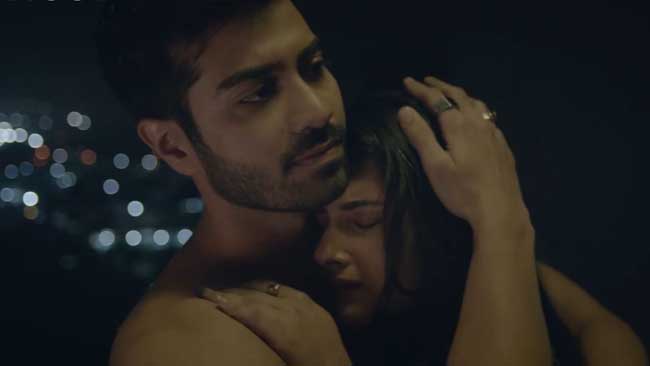 Addatimes Media Private Limited is screening SIN, a premium Hindi web-series, directed by Arunava Khasnobis, and starring Aryan D. Roy, Sweta Mishra, Lakshya Punjabi, Jaideep Singh, Iqbal Sultan, and Kripal Sengupta among others. The six-episode series, shot across Kolkata and other parts of Bengal, is an investigation drama focusing on the world of carnal fantasies, Drugs, and deep criminal conspiracies.
The story is built with a fast pace narrative involving quick plot twists with parallel development of the investigation and building up of a crime. Mysterious death of a young girl in the hills triggers a suspicious investigation that reveals the alleys of a high-profile organized crime in Kolkata, involving Drugs, sex-trafficking and murders. While a reluctant police officer meanders through the maze of missing clues and a troubled past, a young couple gets entangled into a journey to explore their carnal fantasies. The exploration reveals a dark secret leaving both the couple and the police officer disoriented and at the brink of collapse.
SIN has been shot over six months in close to 30 locations in and around Kolkata. Some of the lead actors had to go through complete overhaul of their normal look to fit to the characters. The Cinematographer, R Ratno, has created a real look for the series, without gaudy unbelievability, although the psychedelic interior of the main protagonist will not go unnoticed.
SIN is his maiden web series of Director Arubana Khasnobis, and is the fruit of more than eighteen months of research, conceptualization, scripting, character chronicling and making.
Addatimes is the first Kolkata based international video on demand  (OTT) platform with a wide array of original contents, ranging from Films, Shorts, Web-series, Sporting Events, Musical shows, and Live events. The platform caters to its international and regional audiences, with avid interest in contemporary Indian and traditional Bengali culture, through carefully curated, smart digital entertainment.