Manikchand Gutka brand case getting into the final lap 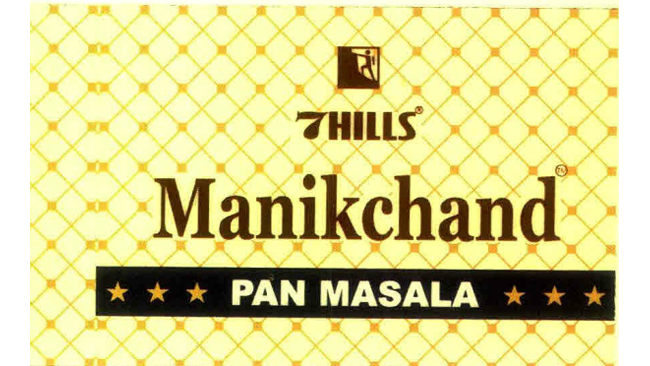 The Manikchand Gutka brand case is getting into the final lap with the reported arrest of Sachin Joshi, scion of the JMJ group in Mumbai. Sources said the NRI businessman was detained in connection with the alleged case of gutka seizure in Hyderabad in March this year. Within hours of being stopped, Joshi was taken for further enquiry to Hyderabad.  According to the police, there was a lookout circular for Joshi in this case.

A senior officer from the Hyderabad police said they had recovered a huge stash of gutka in Hyderabad in March 2020. He said “We had recovered 80 boxes worth lakhs of rupees. During questioning of suspects, Joshi’s name had cropped up and he was made an accused in the case.” He said an FIR was registered at Bahadurpura police station under section 336 (endangering life) and 273 (sale of noxious food or drink) of the Indian Penal Code. The officer said a lookout circular was issued against Joshi as he does not live in India.

This arrest reportedly happened because the Hyderabad Police found that the boxes of Gutka seized had the brand name of ‘Manikchand’ was made by a Hyderabad based company.

On 13th October 2020, AV Suresh Kumar of Seven Hills Marketers and manufacturing pan Masala under the brand name ‘7 Hills Manikchand filed a complaint at the Rajiv Gandhi International Airport Police Station in Hyderabad. Mr Suresh Kumar had stated that he has been selling 7 Hills Manikchand Pan Masala from 07-10-2015 throughout India and has made tax payments to the government for the same.

The complainant has said that it has brought to his notice that at Golden Fingers Food Products at Survey No 6565/1, D No 12-14, Sathamrai in Shamshabad, under the Cyberabad Commissionerate, Telangana has been manufacturing spurious pan masala under an imitative trade mark ‘Manikchand’. This was being done by claiming that they were doing it on behalf of Global Technology and Trademarks Limited, with their address at 604 and 605, Gateway Plaza, Central Avenue, Hiranandani Gardens, Powai, Mumbai.

J M Joshi and his son Sachin Joshi and others While this was happening, the Goa based JMJ Industries led by JM Joshi filed a trademark for JMJ Manikchand on 16th September 2020 on a proposed to be used basis with an evasive brand name JMJ Manikchand. The FIR of the present case in Hyderabad relates to the allegation that JMJ Manikchand are indulging in marketing of fake gutka products under the caption ‘Original Formulation by JM Joshi’.

Mr AV Suresh Kumar in his complaint has alleged that JMJ Industries is using the trade mark ‘Manikchand’, which actually is deceptively similar to the lawfully under registration brand name ‘7 Hills Manikchand’ and indulging in unlawful business. The complainant has sought to reaffirm the view that only ‘7 Hills Manikchand’ is the original trademark and the accused have been using an impugned trademark to illegally run a pan masala business.

The complainant also has sought to emphasize that consumers of Pan Masala are being cheated by false representations and hence action should be initiated against them. The only original Pan Masala is ‘7 Hills Manikchand’ and anything with similar names are fake.