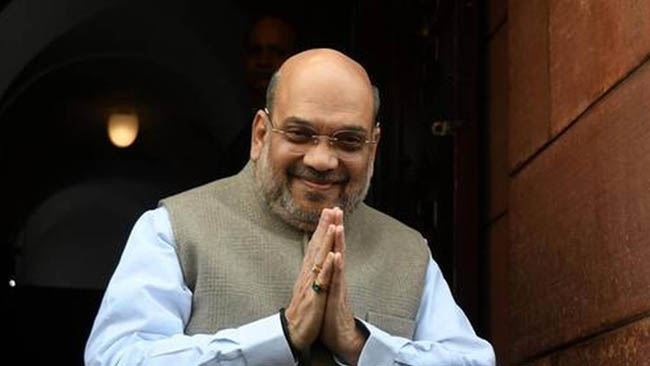 New Delhi, 11 December, 2019: Home Minister Amit Shah on Wednesday moved the Citizenship Amendment Bill in the Rajya Sabha, saying that Indian Muslims "were, are and will remain Indian citizens".

Moving the bill that provides Indian citizenship to non-Muslim migrants from Pakistan, Bangladesh and Afghanistan, Shah said minorities in the three nations do not get equal rights.

The population of minorities in these countries has reduced by as much as 20 per cent, either by way of elimination or having migrated to India, he said, adding that these migrants did not get rights to jobs and education.

The bill provides citizenship to these persecuted minorities, Shah said.

Several MPs of opposition parties moved a motion to send the Citizenship Amendment Bill to the select committee of the Upper House.

The bill and the opposition motion will be put to vote after a debate on it.

Shah rejected the charge of vote bank politics, saying the BJP had declared its intention to bring such a legislation in its election manifesto for the 2019 general election and won the approval of the people.

He said Indian Muslims have nothing to worry about as they "were, are and will remain Indian citizens".

Non-Muslim minorities from three nations who came to India after Independence will be given Indian citizenship, he said, adding that Muslim migrants from the world over cannot be given citizenship.