Want to assure brothers, sisters of Assam they have nothing to worry after CAB passage: PM 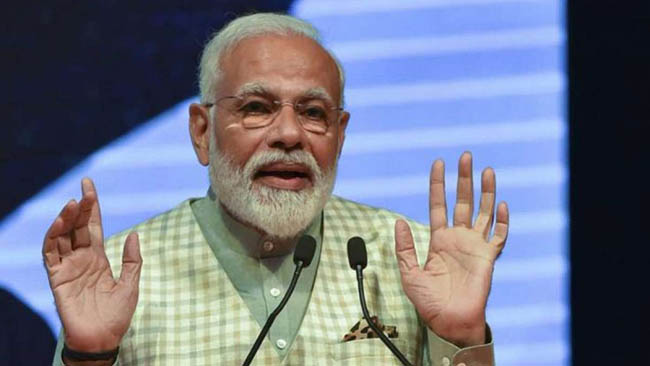 New Delhi, 12 December, 2019: Against the backdrop of violent protests in Assam opposing the Citizenship (Amendment) Bill, Prime Minister Narendra Modi assured the people of the state on Thursday that they have nothing to worry about the new law

In a series of tweets, in both Assamese and English, the prime minister said he personally and the Central government are "totally committed to constitutionally safeguard the political, linguistic, cultural and land rights of the Assamese people as per the spirit of Clause 6."

The Clause 6 of the Assam Accord guaranteed safeguarding local rights, language and culture

"I want to assure my brothers and sisters of Assam that they have nothing to worry after the passing of #CAB (sic)," PM Modi wrote on the microblogging site

He said, "No one can take away your rights, unique identity and beautiful culture. It will continue to flourish and grow."

Several incidents of violence have been reported from the northeastern state following the passage of the bill by Parliament on Wednesday night. The law seeks to grant citizenship to non-Muslim refugees from Pakistan, Bangladesh and Afghanistan facing persecution there

Guwahati, the epicentre of anti-CAB protests, was placed under indefinite curfew on Wednesday night while the Army was called in at four places and Assam Rifles personnel were deployed in Tripura as the two northeastern states plunged into chaos over the hugely emotive Citizenship (Amendment) Bill or CAB.