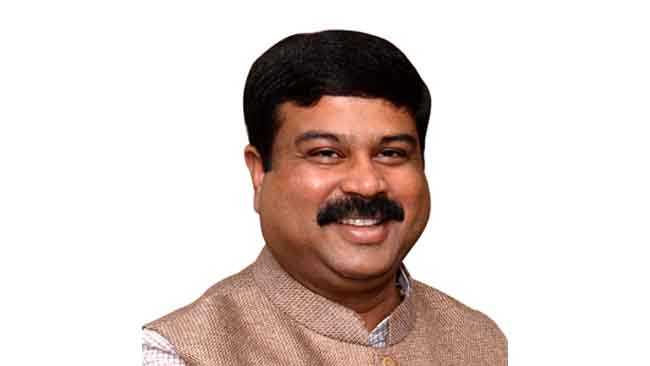 Union Minister of Petroleum and Natural Gas & Steel ShriDharmendra Pradhan today interacted with over 1500 PMUY beneficiaries, Gas distributors and OMC Officers across the country, through the webinar.

Shri Pradhan said that Pradhan Mantri UjjawalaYojana (PMUY) has just completed four years of its successful journey, which has led to momentous improvement in the lives of over 8 crore poor and deprived families. The Minister said that Covid-19 has impacted all the nations of the world, and has not even spared the rich ones. India has been fighting the pandemic through various means. But at the same time, due care is being taken of the interests of poor and downtrodden, and a slew of relief and support measures have been announced. The Minister said in the initial days itself of the crisis, the Modi Government announced Pradhan Mantri GaribKalyanYojana, and one of the important components was providing free gas cylinders for 3 months to the PMUY beneficiaries. He said that more than Rs 8432crore was transferred in advance  through Direct Benefit Transfer (DBT) in their accounts, so that there was no difficulty in availing this facility. So far, over 6.28 Crore PMUY beneficiaries have got the free cylinders.

The Minister appreciated the role of OMC officials, for rising to the occasion in maintaining the production, import and distribution of LPG cylinders, during the crisis and enhanced demand. He said that compared to many other countries, India is in a better position in its fight against Covid-19. He said that the credit for this goes to the Prime minister for his bold and right decisions, and the people of the country who reposed their faith in his leadership, and followed the instructions issued by the Government like social distancing, washing hands, using masks, and so on. He said that time has now come to revive the economic activities and employment in the country. He expressed gratitude to the Prime Minister and the Finance Minister for coming out with Rs 20 Lakh Crore package for supporting the Indian economy in its fight against the Covid-19. He said that all the sectors of the economy and segments of the society are being provided relief under the package. He also welcomed the Prime Minister’s announcement to launch AatmanirbharAbhiyanin the country, which will spur domestic manufacturing in the country, and make us self-reliant.

Later, the PMUY beneficiaries shared their experiences. They expressed gratitude to the government for taking care of them in this time of unprecedented crisis. Many of them reminisced as to how they were too poor to have afforded the gas connection in the first instance, and how the provisioning of the gas cylinder has transformed their lives. Many of them said that the availability of LPG cylinders in their homes has not only made their lives convenient, healthy, safe and secure, but also made them free from the drudgery of fuel collection and provided free quality time. Many of them conveyed that even now, they are getting the cylinder refills in very short period, thanks to the Corona warriors- people working in the supply chain of providing cylinders.