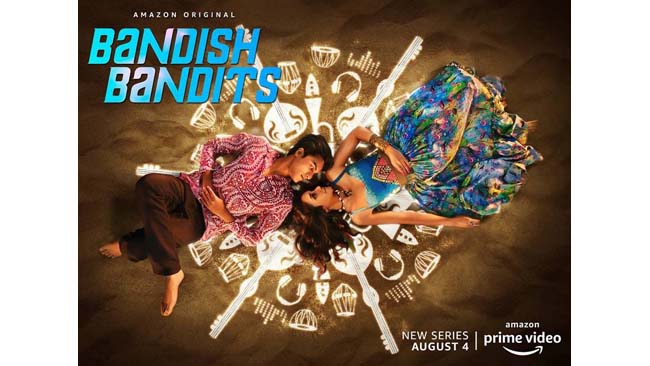 Amazon Prime Video today released the trailer of the highly awaited all-new Amazon Original Series Bandish Bandits which will be available to stream from 4th August, 2020. Produced and created by Amritpal Singh Bindra and directed by Anand Tiwari, the all-new Amazon Original Series is set in Jodhpur and tells the story of two young musicians, hailing from contrasting backgrounds. Bandish Bandits also features an exciting original soundtrack, composed by Shankar-Ehsaan-Loy, who are also making their digital debut with this show.

Ritwik Bhowmik, lead actor: “Bandish Bandits has been a dream in the making. Working with stalwarts such as Naseeruddin Shah, Rajesh Tailang, Sheeba Chaddha and Atul Kulkarni for my debut was one of the most fulfilling experiences of my life. Bandish Bandits is a blend of Indian traditions seeped in music that beautifully describes young love, ambition, passion and family values in a simple, yet powerful manner.”

Shreya Chaudhry, lead actress: “Working with Anand Tiwari has always been something I had wanted to do, so being part of Bandish Bandits is nothing short of serendipitous. I could not have asked for a better setting to work and learn more about acting, that too from some of the most talented and respected actors in India! I believe the show is a heart-warming journey of music and love and think it is something the audience would very much enjoy watching.“