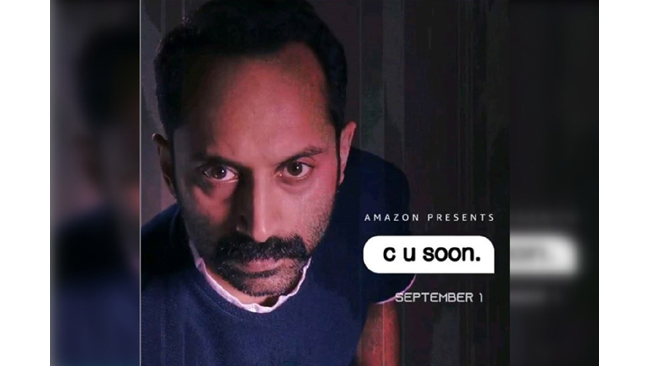 Amazon Prime Video commences September with exciting titles across genres and languages to entertain Prime members who can enjoy them in the safety and comfort of their homes. The Boys fans can now rejoice as Amazon Prime Video brings back the much awaited season of its Amazon Original Superhero Series The Boys Season 2 starting September 4 Developed by Eric Kripke on the comic-book collection of the identical title, in The Boys Season 2 Karl Urban will return as Billy Butcher. Starlight will return, along with Homelander, The Deep, and Queen Maeve. Anthony Starr will be seen powerful than ever before. Jack Quaid as Hughie, Laz Alonso as Mother’s Milk, Tomer Kapon as Frenchie, and Karen Fukuhara as The Female.

This week, Prime members in India and across 200 countries and territories can stream the direct-to-service world premieres of Malayalam film CU Soon on September 1 and Telugu action-thriller V on September 5. Edited and directed by Mahesh Narayan, the gripping drama stars superstar Fahadh Faasil along with Roshan Mathew and Darshana Rajendran  in pivotal roles. This feature film is unique for being shot with a phone in a controlled and restricted environment during the lockdown.

Catch the digital premiere of Bryan Cranston and Diane Kruger’s highly acclaimed film The Infiltrator starting September 4. The film is a crime drama that tells the true story of federal agent Robert Mazur (Bryan Cranston), who went undercover in the 1980s to bring down several criminals associated with the illegal cocaine drug trade.

The even more intense, more insane season two finds The Boys on the run from the law, hunted by the Supes, and desperately trying to regroup and fight back against Vought. In hiding, Hughie (Jack Quaid), Mother’s Milk (Laz Alonso), Frenchie (Tomer Capon) and Kimiko (Karen Fukuhara) try to adjust to a new normal, with Butcher (Karl Urban) nowhere to be found. Meanwhile, Starlight (Erin Moriarty) must navigate her place in The Seven as Homelander (Antony Starr) sets his sights on taking complete control. His power is threatened with the addition of Stormfront (Aya Cash), a social media-savvy new Supe, who has an agenda of her own.  On top of that, the Super villain threat takes center stage and makes waves as Vought seeks to capitalize on the nation’s paranoia.

These titles will join the thousands of TV shows and movies from Hollywood and Bollywood in the Prime Video catalog. These include Indian films Gulabo Sitabo, Shakuntala Devi, Ponmagal Vandhal, French Biriyani, Law, Sufiyum Sujatayum, and Penguin, Indian-produced Amazon Original series like Bandish Bandits, Breathe: Into The Shadows, Paatal Lok, The Forgotten Army – Azaadi Ke Liye, Four More Shots Please S1 and 2, The Family Man, Mirzapur, Inside Edge S1, and S2, and Made In Heaven and the award-winning and critically acclaimed global Amazon Original series like Tom Clancy's Jack Ryan, The Boys, Hunters, Fleabag, and The Marvelous Mrs. Maisel. All this is available at no extra cost for Amazon Prime members. The service includes titles in Hindi, Marathi, Gujarati, Tamil, Telugu, Kannada, Malayalam, Punjabi, and Bengali.