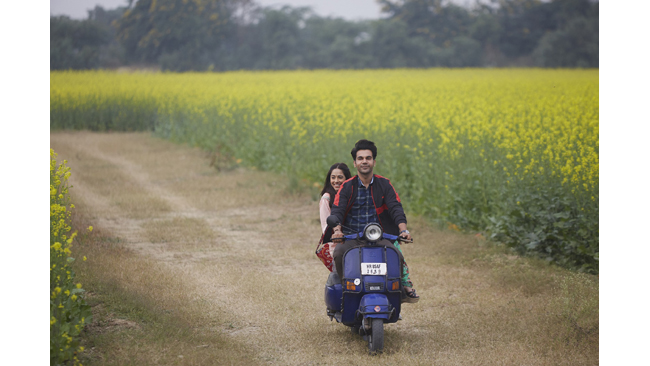 After seeing the exuberant chemistry between versatile actor Rajkummar Rao and the talented Nushrratt Bharuccha in Amazon Original Movie Chhalaang's first track Care Ni Karda, fans have fallen head-over-heels for this new onscreen couple. For their next hit track, the music composers of the upcoming social comedy filmhave roped in Guru Randhawa to speak the language of love through the song - Teri Choriyaan. With a perfect blend of sweet nothings and the beginning of a beautiful connection, the track will remind everyone of the rush and tingling feelings of adoration.

Teri Choriyaan is composed by Guru, with music by Vee, lyrics penned by Luv Ranjan and Guru Randhawa, and sung by Guru along with Payal Dev.

Sharing his thoughts on his latest composition, Guru Randhawa, quipped, “Teri Choriyaan is really special to me. When Nushrratt & I were shooting for the song Ishq Terain Manali, Luv sir had given me this hook line ‘Teri Choriyaan’ and said we need to compose this song for Chhalaang. I was extremely excited to work with him again, hence I had started writing the song at that very moment. This song has a happy vibe, it shows Rajkummar and Nushrratt getting to know each other and develop feelings but are not ready to confess. Nushrratt is a great actor and very humble and even taught me acting while we were shooting for IshqTera. This time around, one will only hear me instead of seeing me as well, but I am delighted that Rajkummar and Nushrratt are in it. I want to thank Hansal Sir & Luv Sir and the entire team for giving me this opportunity."

Speaking on the next track from his film, director Hansal Mehta said, “Guru Randhawa had composed this melodious song. I remember we had gone for a recce and Luv (Ranjan) had only played the initial lines of Teri Choriyaan and it was very catchy.The track has sweetness to it and it blends in perfectly with the innocence of the film and the relationship between Rajkummar and Nushrratt."