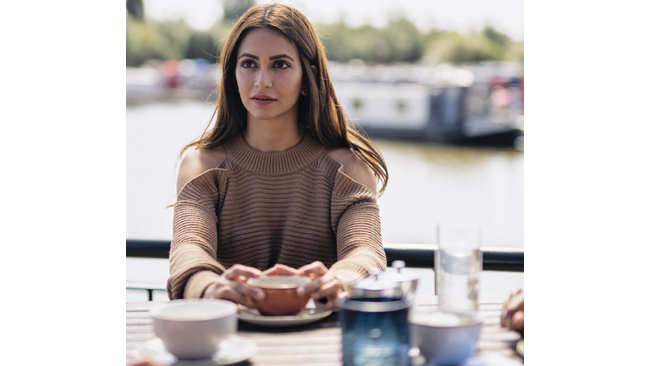 Mysterious, captivating & enchanting: Kriti Kharbanda spells magic in Taish promosA few days ago, the Taish teaser took everyone by a sweet surprise. Now as the theatrical trailer of the action thriller is out, one can clearly say one thing - this film surely has B-L-O-C-K-B-U-S-T-E-R written all over it. Bejoy has successfully established himself as a maverick filmmaker, known to back and direct some high concept movies. Taish is no different - the slick thriller looks edgy, exciting and absolutely enthralling. It promises an edge of the seat experience and has a powerful ensemble too.Among the many faces, the stunning Kriti Kharbanda grabs our attention with her stunning and mysterious look. Kriti, who plays the leading lady in the actioner, Arfa is the love interest of Rohan aka Jim Sarbh. From her body language to her silences, Kriti lets her eyes do all the talking. While not much has been revealed about her role, she plays the most prominent female character in the thriller. Her different look with a nose ring complements her Taish avtar.  Kriti completely steers her character in the trailer with powerful aplomb.Kriti has already proved her mettle delivering some superlative performances in films like Shaadi Mein Zaroor Aana and has slowly and steadily catapulted herself into the big league after the stupendous success of her last film Housefull 4. The actress has managed to strike a chord with the audiences and her growth is visible with every film she's a part of.Bejoy who's known to extract the best from his actors, wanted Kriti to unleash a different side which she hasn't showcased so far.  Looking at the trailer and the immense appreciation it has been receiving,  seems that this world will soon witness Kriti's acting prowess on 29th October!