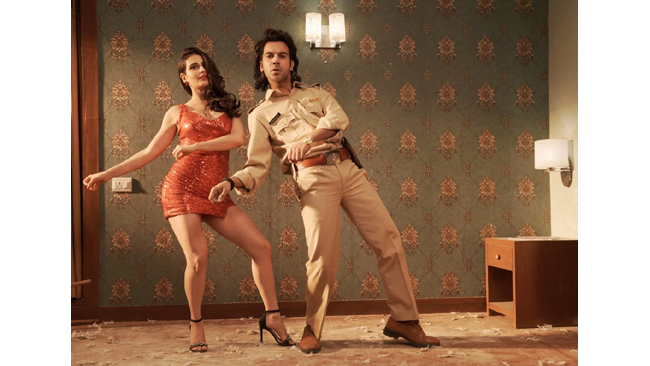 With Ludo, the dream team of director Anurag Basu, producer Bhushan Kumar and composer Pritam introduce audiences to fresh new music that binds together the four compelling stories and its characters. The multi-starrer comic crime caper that is a tale about the unavoidable jeopardies of life is filled with edginess and intensity but also comedy and love. After the catchy love song 'Aabaad Barbaad' in the voice of Arijit Singh that took viewers on a crazy love ride, comes Anurag Basu's fresh, sweet track titled 'Hardum Humdam’ that was released on the weekend.The contemporary love song composed by Pritam, sung by Arijit Singh and written by Sayeed Quadri, beautifully captures the fun essence of Ludo’s storytelling and leaves us in the mystery of the craziness these characters are stuck in in the film. While the lyrics of the song have an old-world charm about them, the visuals and the music are very modern and upbeat. Calling this song new, fresh and a clutter breaker, director Anurag Basu, says, "The music is extremely important to a film. Before I start writing a script I have a playlist ready. Hardum Humdam is a truly wonderful song, has a meaning in every line and takes the narrative forward. Sometimes when you hear a song over and over you get tired of it, but I fall in love with Humdum each time I hear it. We always say we miss that timeless music and meaningful lyrics, Humdam is all that.” T-Series head honcho Bhushan Kumar says, "The beauty of Ludo's music lies in its diversity. The film is intense and edgy with its stories so every song makes the film light and sweet. 'Hardum Humdam' shows the innocence of the characters. It's truly very contemporary that will resonate with everyone." The ace music director, Pritam, adds, “The script of Ludo is very edgy with lots of intense emotions. Anurag wanted the songs to be sweet to create a buffer or a musical relief to give the audience a break from the intensity of the film. Hardum Humdum is a very sweet song which is exactly what Anurag wanted like Aabaad Barbaad.” The song has been incredibly well received by audiences everywhere with fans highly appreciative of the eloquent lyrics. A song that beautifully tells a romantic story, it’s no surprise that this song has soared to success. The ensemble cast of Ludo includes Rajkummar Rao-Fatima Sana Shaikh, whose love story is as filmy as it could get. Rajkummar, who has an undying love for Fatima, is the poster boy for unrequited love. On the other hand, Fatima is a devoted middle-class housewife who has a spark in her waiting to erupt. Ludo produced by Bhushan Kumar, Anurag Basu, Divya Khosla Kumar, Taani Somarita Basu & Krishan Kumar, directed by Anurag Basu the film will release on 12th November 2020 on Netflix.