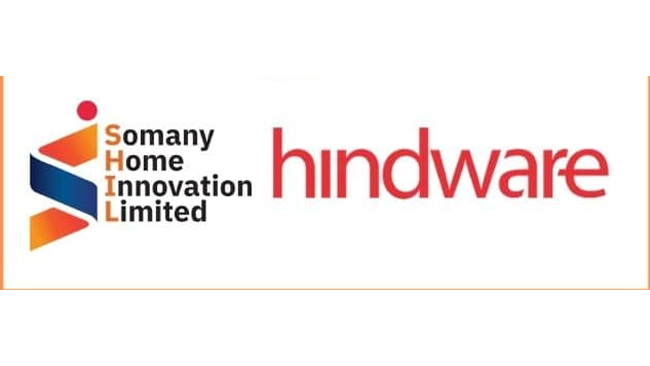 Hindware Appliances released a new TVC campaign ‘‘Summers mein kare cold, winters mein ho jaaye fold’ to support the launch of Hindware Snowcrest i-Fold, India’s first foldable Air Cooler. The company aims to expand its offering in the air cooler segment with i-Fold, an innovative air cooler that offers efficient cooling with a powerful air throw of 3400 M3 per hour and can be folded up for easy storage when not in use.

Conceptualized by DDB Mudra Group, the film opens with an old man plonking on a couch, complaining about the hot city weather to his son, whom he has come to visit. Busy making tea in the kitchen, the son hears his father’s protests and simply responds, “kholdo” (open it). Confused, the old man unbuttons his shirt, and gradually all his clothes, assuming his son was asking him to undress. When the son finally walks into the living room and finds his father sitting on the couch in nothing but vest and boxers, he points to the foldable Hindware Snowcrest i-Fold Air cooler right next to his father, finally putting an end to the comedy of errors. The film then shifts its focus to the i-Fold’s innovative easy-to-store ability with powerful cooling and concludes by highlighting how the product is a perfect fit for all seasons.

The 360⁰ integrated campaign will be visible on platforms such as TV, print, and digital. The campaign will feature across electronic, print, and digital media platforms for widespread reach, and will air on 24 television channels including GEC Sony Sab, and prominent news channels such as AAJ TAK, NDTV, and ABP Network amongst others. It will also go live on Hindware Appliances social media channels like Facebook, YouTube & Instagram for better targeting.

Mr. Rakesh Kaul, CEO & Whole Time Director, Somany Home Innovation Limited (SHIL), said, “As a company, innovation is at the core of every product we introduce for our customers. Hindware Snowcrest i-Fold is no exception. Withi-Fold, we want to offer every Indian home a wholesome solution, not for just summers but for the seasons that follow as well. And now that we have built this summer ready, easy-to-store, powerful air-cooling device, we can’t wait for our customers to make the most of it.”

Mr. Kaul further added, “i-Fold is a one-of-a-kind product, so it had to have a one-of-a-kind campaign. After several scribbled notes and incredible brainstorming sessions, we finally narrowed down on ‘Summers meinkare cold, winters mein ho jaaye fold,’ to perfectly articulate the soul of the product. When finalizing the TVC, we ensured that the entire property was laden with the same elements of fun and simplicity as the tagline, thus truly resonating with the i-Fold’s remarkable offerings.”

Commenting on the commercial, Karan Shetty, Director,Fingerprint Films, said, “When the script came to us last year, my team and I liked how a vague instruction, a simple misunderstanding, and a light-hearted twist-in-tale that could introduce the product with such accuracy. Working on this film was a memorable experience as I got to work with an innovative pioneering product; casted Rajesh Puri, whichwas a nostalgic trip down the memory lane ;to create such a quirky and amusing screenplay.”

Rahul Mathew, National Creative Director, DDB Mudra Group added, “The idea was to have unique fun, because plain fun wouldn’t cut. The play on the word ‘Kholdo’ and the Indian habit of dads to go all commando with the onset of summers was a good space to play in. The TVC made sure i-Fold’s functionality was showcased in all its glory, and the story’s humorous intrigue keeps the audience attached to the piece.”