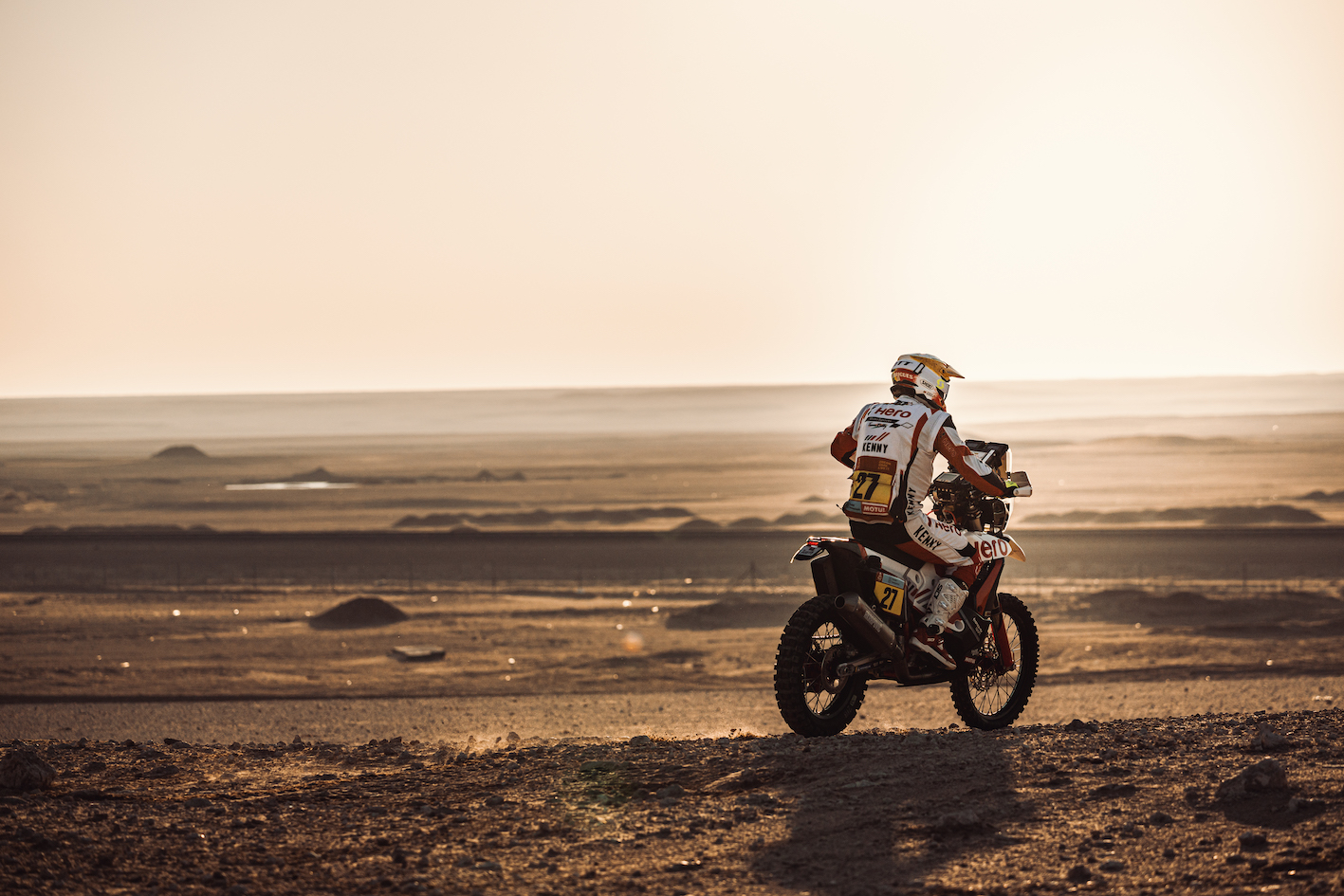 After creating history by becoming the first and only Indian team to win a Stage at the Dakar Rally, Hero MotoSports Team Rally, the motorsports team of the world’s largest manufacturer of motorcycles and scooters - Hero MotoCorp, delivered a steady performance in Stage 4, with both their riders safely completing the longest stage of the Dakar Rally 2022.

Continuing their solid run, the rider duo from Hero MotoSports Team Rally turned in a steady performance with Joaquim Rodrigues and Aaron Maré finishing in the 24th and 26th places respectively in the Rally GP class.

A 465 km long special section that exposed some of the rally’s most extreme terrains today, also came with the toughest navigation so far in this edition of the Dakar. Fast and winding tracks with low visibility, open rocky plateaus, chains of dunes and dune ridges, and numerous wadi crossings made the day very grueling for the competitors. The rains from the last few days further complicated the navigation, making it one of the toughest and most dangerous days so far at Dakar 2022.

Aaron Maré faced some difficulties in the stage, and thus decided to ride at his own pace, reaching the finish line avoiding mistakes. His steady performance in the stage helped him retain his top 15 position in the overall Rally GP class rankings at the 14th place.

It is still early days in the Dakar 2022, but the growing confidence of JRod and the consistency of Aaron, coupled with the flawless performance of the powerful Hero 450 Rally bike bodes well for the team’s prospects in the upcoming stages.

Up next, the rally will take a loop around the capital city of Riyadh covering 556 kms, including the transport section. The timed special around rocky and long dune sections will be relatively shorter at 341 kms.

“After my win in Stage 3, we knew that I had to open the stage 4. Coincidentally, the stage I got to open was the longest, and the toughest one to navigate so far. Because of the rains the tracks were almost invisible, and navigation became really difficult. The other riders caught up with me, and we ended up as a group of 4-5 guys riding together to the finish line. The result is still good, and I am happy to finish safely.”

“It was a really long, fast and rocky stage, with only a small section of dunes in the middle. I struggled to keep up pace with the other riders and hence decided to slow down and concentrate on my navigation. The bikes and us are back here safe, and in good shape, and that’s a good news. I’m taking it one day at a time, and looking forward to better results.”