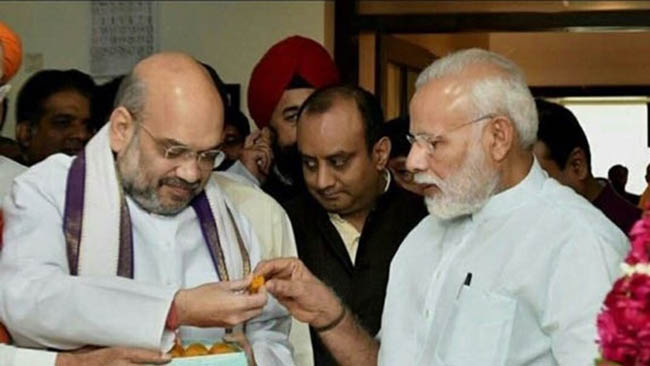 Born in then Bombay, Shah turned 55 on Tuesday.

"Birthday greetings to my colleague in the Union Cabinet, a hardworking, experienced and an able organisational person. While playing an important role in government, he is making a valuable contribution to make India stronger and safer," the prime minister wrote on Twitter.