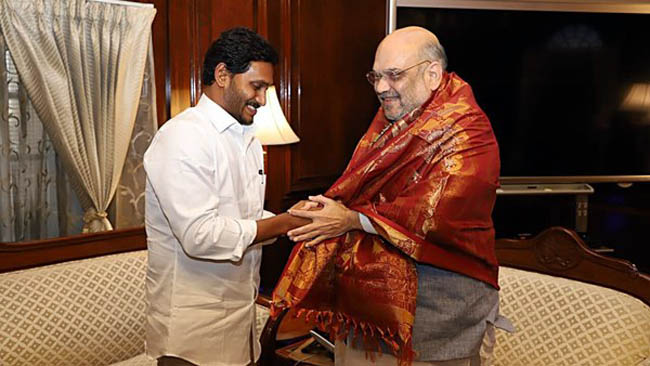 The chief minister also greeted Shah on his birthday. Shah turned 55 on Tuesday.

During the 40-minute meeting, sources said, Reddy discussed about the state's financial situation and other challenges, including implementation of the Polavaram irrigation project, new capital city and issues pertaining to the bifurcation of Andhra Pradesh.

The chief minister is making efforts to build bridges with the Centre as the state is reeling under an acute financial crisis and mounting expenditure bill following the introduction of numerous new doles for different sections, they said.

Andhra Pradesh's debt burden is estimated to be Rs 2,58,928 crore by the end of the 2019 fiscal, according to the state government.