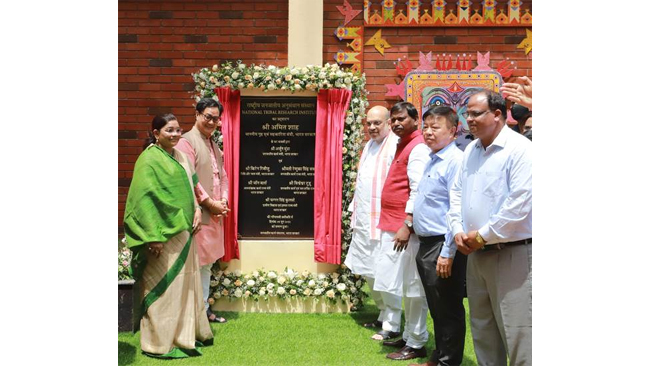 In his address, the Union Home and Cooperation Minister said that today is a very important day for the whole country, especially tribal society. Today this National Tribal Research Institute is coming into existence according to the imagination of the Prime Minister, Shri Narendra Modi. There are many Tribal Research Institutes in the country, but there was no national link connecting many diversities of tribal society and this institute being built according to the vision of Shri Narendra Modi will become that link.