Why is Darren Sammy wearing a ‘Mukut’? 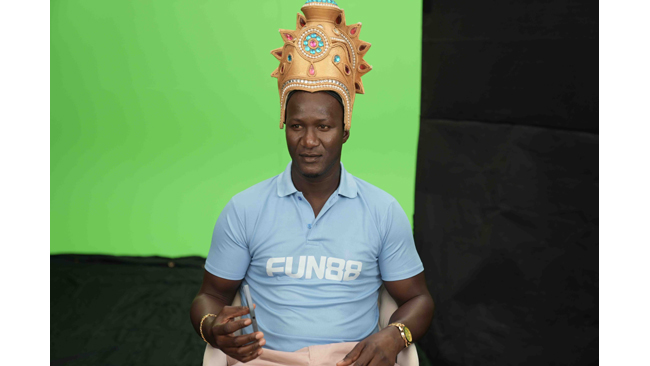 India holds a very special place for Former West Indies Captain Darren Sammy where he enjoys a huge fan following. After all he lifted the T20 World Cup in India during his captaincy. He also played his last international match on Indian soil.

He was also seen as the  brand ambassador for a sports platform in 2021 that led to a series of interesting campaigns with him as the face. Darren is known to partner with companies that celebrate sports and more so cricket in one way or another.

Known for his walloping Sixers and outspoken nature, Darren seems to have taken fancy to something else very ‘Indian’. There is a rather intriguing picture of him. He is wearing a ‘Mukut’ or a crown as worn by our kings with a rather charming smile on his face.

Darren being the first person to play international cricket from the island of St Lucia is known to be a path breaker so we won’t be surprised if he has a new game plan up his sleeve.  It will be interesting to know what really is in the works.

We all know he calls India his second home but is he considering a second career in Bollywood? Or will it be an OTT debut?