40% Indians from Tier 3 Cities say Language is a key motivator as they plan their 2023 travel: Duolingo Language Report 2022 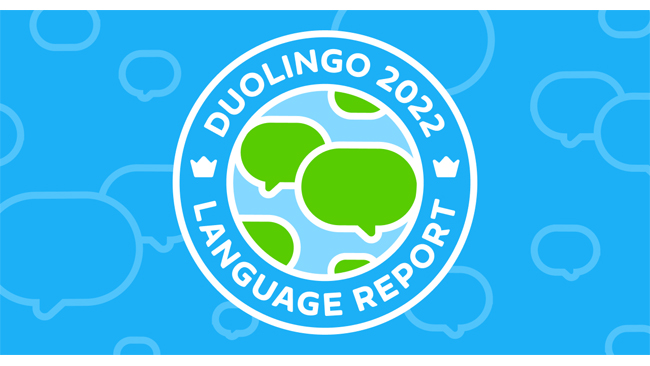 Exploring how important a role does the local language of a destination play for Indian travellers while building their travel itineraries, Duolingo (Nasdaq: DUOL) – the world’s most popular language learning app – today released the 2022 Duolingo Language Report in the country.

After 2 years of pandemic induced hiatus, the world is up and running again – this time with extraordinary zeal and passion! Keeping the travel spirits high, the world’s #1 online learning platform, this week launched the ‘Duolingo Language Report’. Embracing YOLO in its truest sense, Indian travellers are once again ready to put on their globetrotting shoes to tick experiences off their bucket list. They no longer seek just touristy experiences and want to travel like a local. Language and culture are interlinked, and you cannot learn one of these without having a clear understanding of the other. Knowing the local language of your destination results in a more personal and richer experience with the native culture!

It is also interesting to note that in a survey conducted by Duolingo, majority of the respondents (40%) belong to tier-3 cities which indicates that language learning is gaining more traction in these cities. Given the huge increase in the discretionary spending capabilities of tier-3 markets across the country, they look at investing more in experiences. Duolingo has also witnessed a huge influx of consumers from tier-2 and tier-3 markets who wish to learn new languages to broaden their horizons.

Commenting on the 2022 edition of the Duolingo Language Report, Country Marketing Manager in India, Karandeep Singh Kapany said, "To help Indian travellers seeking authentic local experiences, wanting to connect with locals in their native, Duolingo has travel specific easy and basic modules. Duolingo enables a smooth and fun language learning process across several languages, and it is encouraging to see Indians willing to invest time and energy in delving deeper and mastering the art of language learning when planning their next trip. We look at promoting language learning as a culture which opens a whole new door of experiences for all our uses.”

Language is an important requisite for making travel plans

Cultural essence of any place is significantly coded in its language. Indian travellers understand this and are becoming more conscious and mindful of their travel choices – of the impact that they leave on the destination and its people. During the survey by Duolingo, about 50% respondents agreed that the primary language of the destination is an important consideration factor for them while making travel decisions. Majority of the respondents (76%) said that relaxation and exploring new cultures act as the primary motivators for international travel in 2023. What can be a better way to experience the cultural diversity of a place than in its local language!

Say Bon Voyage! French tops the charts as the most preferred language for Indian travellers

Being spoken in more than 40 different countries across the globe, it is no surprise that the majority of the respondents (23%) plan to practise and brush up their French speaking skills followed by German, Arabic and Spanish before they venture out to an international travel destination. Most of these respondents (46%) are Gen Z and millennials.

French is the fifth-most spoken language in the world after English, Mandarin, Hindi, and Spanish. It holds the official language status in about 30 countries. Popularly known as the language of culture, knowledge of French enables you to access great works in global art and literature. A little research on the culture of the destination before the trip helps one to be more respectful towards local communities and people.

47% of the respondents are ready to spend a few days to several weeks’ time to practise a new language before travelling. 20% respondents also said that in the past, they had practised French followed by German and Arabic ahead of their travelling plans. Learning the native language of the destination not only makes travel easier but also is one of the best ways to show respect to the people and local communities there.

Last year, Duolingo’s language report indicated that most of the Indians were keen towards learning Korean due to the influence of pop culture trendsetters including movies, OTT shows and web series.

Indicating that travellers are ready to put in that extra effort at the travel planning stage – 62% of the respondents said that they have practised at least one foreign language ahead of their travelling plans. It is interesting to note that for their future international trips, travellers don’t want to stop at learning just a few basic words and greetings in the destination's language but have an appetite for learning enough to have a simple conversation in the destination's primary language! This contrasts with their past behaviour where they were satisfied with knowing a few keywords and phrases to get around the destination. This change indicates that Indian travellers are leaning towards conscious travel. They want to indulge into socio-cultural experiences of a place in the most authentic way possible.

During the survey by Duolingo, the majority of the respondents (51%) said that they prefer accidentally saying something embarrassing in a new language rather than not interacting with any locals during the trip. And they very well understand that to interact with the natives, knowing their language is extremely important.

Travellers also hold a great amount of respect for the native culture of a place they are travelling to and prefer to show it through their efforts and actions. 71% of them would prefer losing their luggage rather than getting their pronunciation corrected by a local. This indicates that they are ready to spend some extra time on refining their dialect and pronunciation to maintain the decorum of the foreign language.

They also understand that for exploring the depths of the culture and not merely ‘getting by’ the destination, no number of guidebooks and online research can compensate for the basic understanding of the local language. Therefore, during the survey 54% of the respondents said that they would prefer ordering food in a new language rather than going through the pain of relying on printed maps to get around the city.

59% of the respondents said that they would rather travel somewhere where no one speaks their language than getting their flight delayed. This indicates that experiencing new destinations by travellers is preferred over getting stranded at an airport from where they have limited access to the outer world.