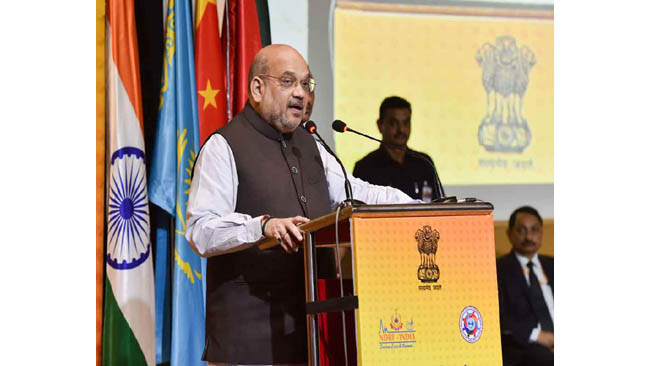 Earlier in the day, Modi said India will not join the RCEP deal as negotiations failed to satisfactorily address New Delhi's "outstanding issues and concerns". He made the announcement during his speech at the RCEP Summit here, which was attended by several world leaders.

In a series of tweets, Shah said the decision will ensure support to India's farmers, MSME sector, dairy and manufacturing sectors, among others.

"India's decision to not sign RCEP is a result of PM @narendramodi's strong leadership & unflinching resolve to ensure national interest in all circumstances," he said.

"PM @narendramodi's firm stand over the years of not going ahead with a deal if our interests are not taken care of, is a welcome break from the past, where a weak UPA government ceded precious ground on trade and could not protect national interest," Shah said.

In his speech, Modi said the present form of the RCEP Agreement did not fully reflect the basic spirt and the agreed guiding principles of the RCEP. "It also does not address satisfactorily India's outstanding issues and concerns. In such a situation, it is not possible for India to join RCEP Agreement."

Sources said China was forcefully pushing for inking the deal during the RCEP summit in an attempt to counterbalance the impact of its lingering trade war with the US as well as to project the region's economic might to the West.

India has been raising the issue of market access as well as protected lists of goods mainly to shield its domestic market as there have been fears that the country may be flooded with cheap Chinese agricultural and industrial products once it signs the deal.