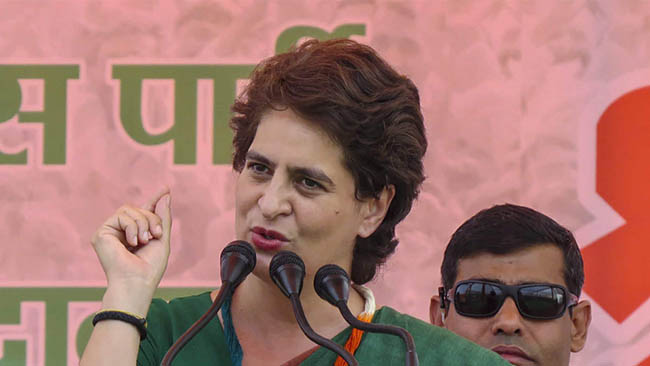 New Delhi, 7 November, 2019: Congress general secretary Priyanka Gandhi Vadra on Thursday attacked the BJP government over the state of the economy, saying those ruling the country are busy in themselves while people are suffering on every front.

"The state of the economy in the country is bad. The service sector has fallen flat. Employment is decreasing. Those ruling are busy in themselves and the people are suffering on every front," she said in a tweet in Hindi.

Taking on Prime Minister Narendra Modi, she said while he held his "Howdy Mody" event in the US, the Americans have reduced HB1 visas for Indians seeking to work there.

"The question that everyone should ask the BJP government is that who is being benefitted during their tenure. The prime minister went to the United States and held his 'Howdy Mody' event but America increased the number of rejections of HB1 visas for those Indians wanting to work there," she said in another tweet.