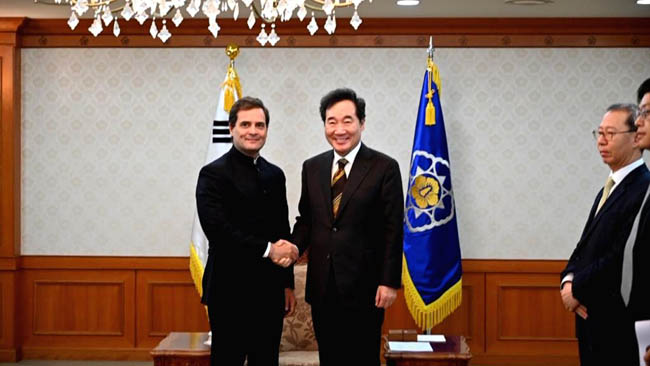 His visit to South Korea came amid protests over the amended citizenship law in India.

"As a part of an official delegation, I today met with the PM of the Republic of Korea, His Excellency, Lee Nak-yon and other officials, in Seoul," he tweeted.

"We discussed a wide range of issues, including the current political & economic situation in our respective countries," he said.

He also shared his pictures with the South Korean prime minister in which Chairman of the Indian Overseas Congress Sam Pitroda is also seen.

The delegation's objective is to help strengthen ties between the two countries, they added.