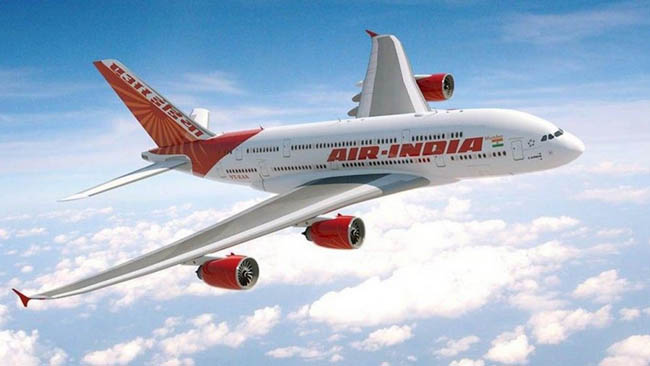 New Delhi, 11 October, 2019; For the second time in less than a month, Air India Assets Holding Ltd (AIAHL) on Thursday raised Rs 7,000 crore through issuance of bonds and the funds would be utilised to repay the debt of Air India.

AIAHL's second bond issue worth Rs 1,000 crore with a green shoe option to raise additional Rs 6,000 crore was oversubscribed more than 21 times.The second bond issue with 10-year tenure was fully subscribed at a rate of 7.39 per cent, according to an Air India spokesperson.Air India Chairman and Managing Director Ashwani Lohani said in a tweet that the tremendous success of the bond issue is a "manifestation of the confidence, investors have in the finest brand of the nation - Air India".The government is set to divest its stake in Air India, which has a debt burden of more than Rs 54,000 crore, and AIAHL's fund-raising exercise is part of the larger efforts to reduce the national carrier's debt pile.AIAHL is a special purpose vehicle of Air india."Company recvd bids worth Rs 21,736 cr, highest in yield based bond mkt of BSE. AIAHL has decided to accept the entire issue of Rs 7,000 cr," the civil aviation ministry said in a tweet.On September 16, AIAHL had raised Rs 7,000 crore by way of issuing bonds.