Rahul to appear in Guj courts in two defamation cases 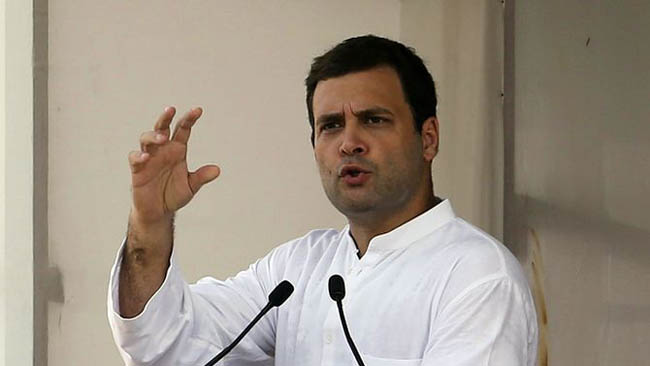 One of the case has been filed for Gandhi calling Union Home Minister Amit Shah a "murder accused".The other case is about his claim that the Ahmedabad District Cooperative (ADC) Bank, of which Shah is a director, was involved in a scam of swapping demonetised notes worth Rs 750 crore with valid currency within five days of demonetisation in 2016. The suit has been filed by the ADC Bank and its chairman Ajay Patel.In a release, the Gujarat unit of Congress said Gandhi would reach the court premises around 2.30 pm on Friday.In July, the Congress leader appeared before a magistrate's court here in connection with the defamation suit filed by the ADC Bank and pleaded not guilty.Earlier in May, another metropolitan magistrate had issued summons seeking Gandhi's appearance in defamation suit filed by BJP corporator Krishnavadan Brahmbhatt for calling Shah a "murder accused" at an election rally in Jabalpur.Gandhi's jibe was slanderous as Shah was acquitted in the Sohrabuddin Shaikh fake encounter case in 2015, the complainant said.Gandhi will appear before the court in this case for the first time on Friday.On Thursday, Gandhi appeared before a court in Surat in yet another defamation case, and pleaded not guilty. This case is over his remark "why do all thieves share the Modi surname", made during a poll rally.