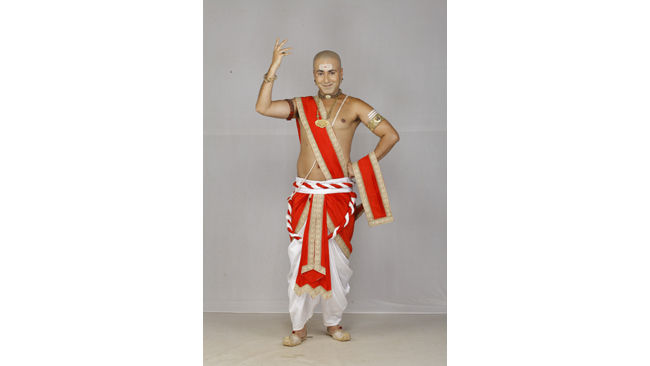 Sony SAB will soon be back with fresh episodes of the audience’s favourite shows. The channel’s most loved period drama, Tenali Rama, will also soon be back with fresh episodes where Rama will aim to solve problems plaguing Vijayanagar using his unmatched wit and intelligence.
The audience has missed their beloved Pandit Rama Krishna, who teaches them how to come out of every situation wiser and more confident. While the viewers have shown immense love for the character and the show, Krishna Bharadwaj, playing the role of Rama, talks about why this role is very special to him and what has he learnt from Rama’s character.
Pandit Rama Krishna was an Indian poet, scholar, thinker and a special adviser in the court of Sri Krishnadevaraya. Playing this role, Krishna Bharadwaj has brought many of Pandit Rama’s stories to the viewers and has inspired them in one way or the other through each story. However, this character has had a great influence on Krishna Bharadwaj’s life as well, he highlights that one of the most impressive qualities of Rama is that he is happy in any situation. “Rama has taught me many things about life, philosophy and how to find a solution to a problem. The most important thing this character has taught me is how to live a happy life. I was not as happy a person before being a part of Tenali Rama. Playing this role has made me a happier person as I smile more, laugh more and see life from a different perspective now. Nothing bothers Rama for a long time and that’s how it should be.”
Each story has new learning for the audience as Rama solves these peculiar cases using his wit and intelligence. However, there was one particular story that gave Krishna Bharadwaj a lifelong lesson to keep as he shares, “There was a track where Maharaj Krishnadevaraya asks Rama to find 8 fools in Vijayanagar. The ultimate answer by Rama was that the biggest fools are Pandit Ramakrishna himself and King Krishnadevaraya. The thought behind it was that it is foolish to think of others to be lower than you, whether it is in terms of knowledge or anything else. This is one lesson that I always keep close to me and apply in my life.”
Talking about the importance of Rama’s character in his life, Krishna Bharadwaj said, “This role is extremely special to me. I honestly resonate with Rama a lot as I have always been a spiritual person, right from my childhood. Meditation, philosophy, metaphysics, etc. have always fascinated me. Rama solves every problem with philosophical and spiritual aspects of life which I do too. There are a lot of similarities in Rama’s ideologies and logics, which I have always applied in my life. Our producer often says that every actor of this show resonates to their respective character, in real life. I also keep getting messages from my fans that I am a reincarnation of Pandit Ramakrishna in a real sense- they see me as real Rama.”
Krishna Bharadwaj added, “It feels great to get into Rama’s look again and to perform the role after such a long gap. While we are back shooting for Tenali Rama, Sony SAB and the production have ensured the safety of the entire team by putting in place some very necessary rules on the set. We all are following the same and look forward to bringing new episodes soon.