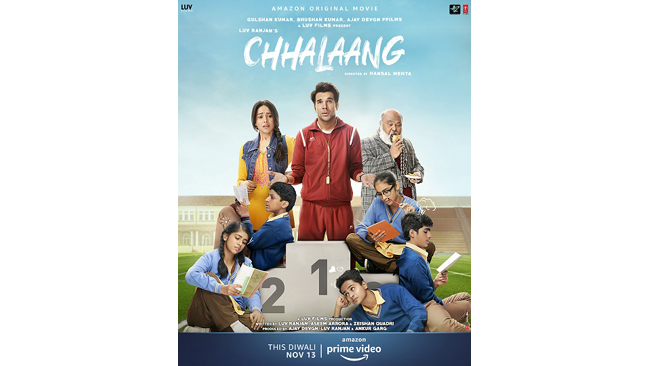 The new slate follows the successful launch of the first wave of direct-to-service premieres of 10 films across 5 languages, which led to Amazon Prime Video expanding its footprint in India with viewership for these movies coming from over 4000 cities and towns, across the country. Viewership titles in languages such Tamil, Telugu, Kannada, Malayalam received more than 50 percent viewership from customers outside the home states, with customers from Lucknow, Kolkata, Pune and beyond streaming Penguin, Ponmagal Vandhal, Law, French Biriyani, Sufiyum Sujatayum, CU Soon V and Nishabdham. The movies were also streamed and enjoyed by TV audiences in 180 countries and territories, allowing Indian filmmakers to reach a wider audience through Prime Video’s global presence. Hindi titles Gulabo Sitabo & Shakuntala Devi emerged as the two most watched movies since the launch of Prime Video in India. Gulabo Sitabo and Shakuntala Devi were also the most watched Hindi movie on Prime Video globally!

“Gripping content transcends geographical boundaries. The audience are always on the look-out for great entertainment, and good content will always find an audience. The resounding success of our first wave of direct-to-service movie premieres is a testament to that. This further reinforces our commitment to offering our customers a selection of riveting movies, cinematically produced, across a wide range of genres and languages,” Vijay Subramaniam, Director and Head, Content, Amazon Prime Video, India, said, “Our previous direct-to-service launches were watched in over 180 countries. We are buoyed by the tremendous response we received and are excited to up the ante with another 9 eagerly-awaited direct-to-service premieres, spanning 5 languages, to entertain our customers through this festive season.”

“The disruptive, pioneering format of Direct to Digital movie premieres has, in many ways, been a game changer in the way films are watched in India. Amazon Prime Video is playing a key role of not only expanding the reach & viewership of these films across the country, but also providing global customers across 200+ countries and territories access to world-class films originating from India”, said Gaurav Gandhi, Director and Country General Manager, Amazon Prime Video India. “The fact that more than 50 percent of viewership of our Tamil, Telugu, Kannada, Malayalam Direct to Digital titles came from outside of the respective home states is representative of how digital distribution can expand the audience for great content. We are super excited to present our new slate and are confident that it will delight our customers in India and around the world”