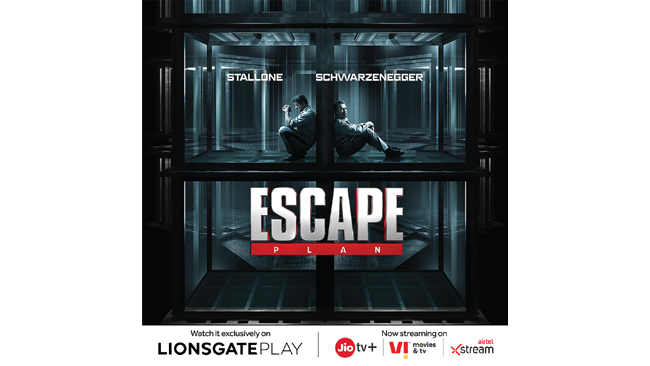 The first film to pair up Stallone and Schwarzenegger as co-leads it follows Stallone's character Ray Breslin, a lawyer turned prison security tester who is incarcerated in the world's most secret and secure prison, aided in his escape by fellow inmate Emil Rottmayer, portrayed by Schwarzenegger. The story revolves revolves around Ray, an expert in security systems, who is framed for a crime and sent to a high-tech prison. However, he uses all his knowledge and special skills with a little inside help to escape the facility. The film is the first installment of the Escape Plan film series. It’s an action thriller movie and one can catch this film on partner platforms of Lionsgate Play – JioFiber, Vodafone Play, Airtel Xstream, Idea Movies&TV from Friday, 16th October.

For action fans, this movie is absolute gold starring the two biggest movie stars of all time on a screen together. Don’t miss out on the fun and sharp chemistry between the two this weekend.