“I never thought Hansal Mehta would ever cast me in his film considering my previous projects”, Nushrratt Bharuccha 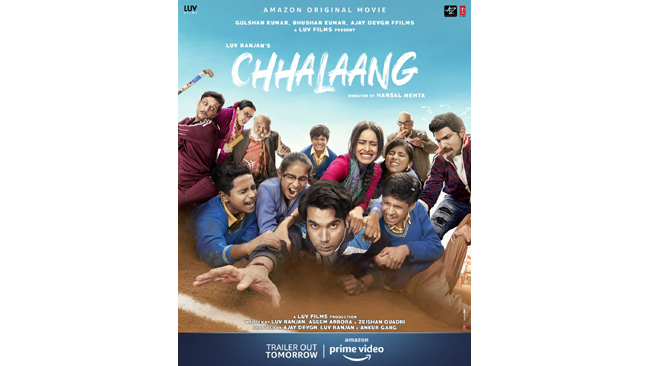 Nushrratt Bharuccha  has worked with various directors of Indian Cinema in her acting career so far, but Chhalaang is her first collaboration with veteran director Hansal Mehta. As the film nears its world premiere on Amazon Prime Video, Nushrratt has shared how it was a dream come true to work with Hansal as she never thought the director would ever cast her in his film.

Nushrratt said, “I never thought Hansal Mehta would cast me in his film because I kept thinking I couldn’t perform to his level of expectations. I was waiting for the moment when I will perform to the level that I will be able to work with him. When Chhalaang happened I was on cloud nine. I felt validated. It was a dream come true and I couldn’t have asked for a better team than this. Chhalaang has become extra special to me because my impossible dream came true and I lived it with my whole heart.”

Chhalaang is a hilarious, yet inspirational journey of a PT master from a semi government funded school in Northern India. Montu (Rajkummar Rao) is a typical PT master for who, it’s just a job. When circumstances put everything that Montu cares for stake, including Neelu (Nushrratt Bharuccha) who he loves, Montu is forced to do what he has never done- Teach.

Prime members in India, and across 200 countries and territories can stream the global premiere of Chhalaang on November 13, exclusively on Amazon Prime Video.