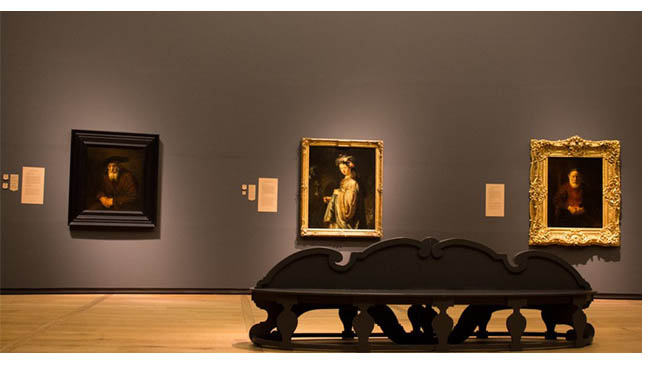 Mumbai, 17 October, 2019: Art lovers will get a chance to see original paintings of Rembrandt, the famous 17th century Dutch master, for the next two months at the Chhatrapati Shivaji Maharaj Vastu Sangrahalaya (CSMVS) here.

It is a collaboration between the CSMVS and Rijksmuseum, Amsterdam, supported by the Consulate General of the Kingdom of the Netherlands in Mumbai.

It will be open to the public from October 17 to December 16 at the Special Exhibitions Gallery at the CSMVS.

It includes 12 objects on loan from Rijksmuseum to CSMVS.

The organisation has developed "a holistic way to empower poor communities to break their own poverty cycle", said a statement by the Consulate General of the Netherlands.

The royal couple also launched the third edition of Indo Dutch Port Forum, which deals with topics like smart and sustainable port development, Maritime Education, Hinterland Connectivity and Maritime Policy, among others.

Two letters of intent were also signed for maritime education as well as an MoU was signed between the Port of Rotterdam and the Maharashtra Maritime Board.