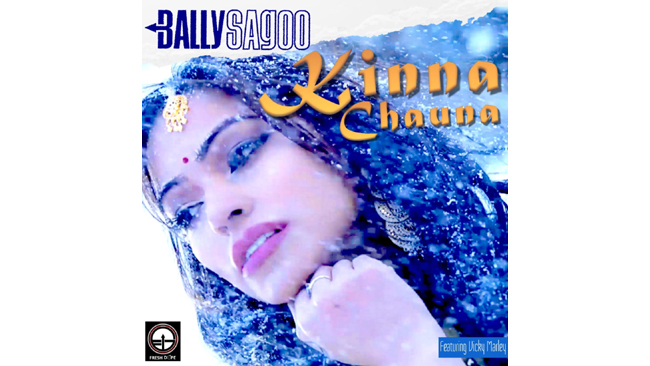 Devshi Khanduri is popular Actress/Lyricst, who has worked predominantly in Bollywood movie industry. Devshi has worked in popular movies like Chargesheet, Khel Toh Ab Shuru Hoga, oppam etc. She is lyricist in movies like Jawaani Jaaneman, Ujda Chaman, Dil Jo Na Keh Saka , Naughty Jatts , Parathe Wali Gali, Thora Lutf Thora Ishq etc, her "Kitthe Jave and Heels Meri High single was also quite popular among youngster .  Recently she released the music video “Kinna Chauna” is getting a whooping response as it has already crossed 1 lakh views in a week of its release. She fainted during the shooting of Song in Uttarakhand. She was shooting at high mountain, Harshil due to low oxygen pressure she fainted on the set of the song. It is a beautiful song with a typical 90’s vibe and sound treatment. “Kinna Chauna” is produced by Fresh Dope Records (UK), music by legendary music producer Bally Sagoo, Vocals/Composed by Vicky Marley.The multi-talented and stunning Devshi has not only penned this beautiful song, but has also scripted and directed the video, as well as playing the lead role. The accompanying video was shot in the beautiful surroundings of Uttarakhand in India. “Kinna Chauna” is a beautiful Punjabi Love story with a reincarnation touch starring  Devshi Khanduri with actor Vimal Kaushal.  Other actors are also featured in this video named as Vishnu Malhotra and Paras Negi because she wanted to promote local talent from uttarakhand.Devshi Khanduri said, “I am so much excited for this video. After the Pandemic this is the first song getting a very good response from the audience. People started loving the song and it is spreading like a virus . The cast and production team was excellent, but still we faced many challenges due to High Mountain and cold. But  I really enjoyed working in kinna chauna . This is the first video which I have directed and people are appreciating my work. I shot this video in a critical cold condition . While performing in snow once I fainted. But I am happy I shot it in beautiful locations and the results have come out brilliant.  All is well when the end is well . After kinna chauna i will start shooting the next video very soon".