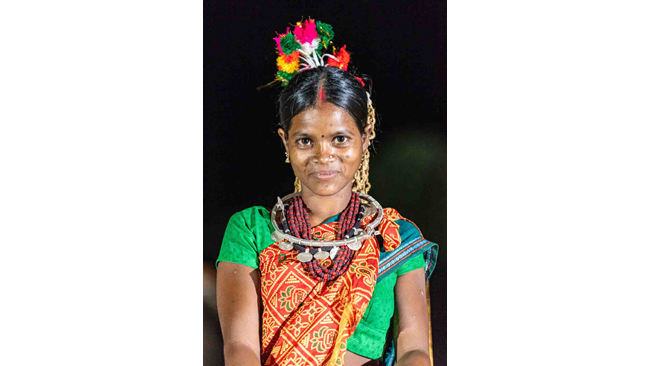 Under the Tourism Development plan of Government of Chhattisgarh, a three-day National Tribal Dance Festival will be held in the capital city of Chhattisgarh, Raipur from Oct 28 -Oct 30 at the Science College Ground that will witness participation of Tribal Dance Groups from various states and union territories of India along with guest participation from few countries portraying and celebrating their respective tribal folk culture.

The festival will feature multiple artists belonging to diverse tribal communities from across many Indian states and guest artists from countries like Rwanda, Uzbekistan, Nigeria, Swaziland, Sri Lanka and Palestine who will come together on one platform for the extravaganza.

The areas like Bastar, Dantewada, Koriya, Korba, Bilaspur, Gariabandh, Mainpur, Dhura, Dhamtari, Surguja, Jashpur in Chhattisgarh have significant tribal populations with their own distinctive history, culture and traditions and in tune with natural way of life.

Speaking about the festival Honorable Chief Minister Shri Bhupesh Baghel said,”Chhattisgarh is home to many indigenous tribes of India contributing to the vibrant culture of the state of which we are very proud. The National Tribal Dance Festival will promote and celebrate the uniqueness of tribal culture and showcase the richness and diversity of tribal life of Chhattisgarh and other states to the world.”

In 2019, the first edition of the National Tribal Dance Festival saw participation of tribal communities from across 25 states of India and 6 guest countries and an attendance of over 1 lakh people.

The National Tribal Dance Festival which is one of the biggest tribal festivals of India will feature special dance forms of tribes from Chhattisgarh, Andhra Pradesh, Telangana, Manipur, Karnataka, Madhya Pradesh, Jammu and Kashmir etc this year.

The dance performances will be held in two categories of Wedding Ceremonies and Other Prominent Rituals. The participants will don traditional attires and their artistic presentations on stage will be accompanied by tribal instruments.

The festival will not only highlight and celebrate tribal art and culture but also delve deeper into more important discussions on economic development initiatives of tribal communities.

“Under the aegis of our Honorable Chief Minister Shri Bhupesh Baghel, our endeavour is to create new initiatives that give a boost to state tourism and generate opportunities of employment for local people. We invite people to come and join us in the celebrations of the National Tribal Dance Festival and also explore the tribal areas of the state to experience the rich tribal life and traditions.”, said Shri Tamradhwaj Sahu, Minister of Tourism.

“The tribal population constitutes a major chunk of the total population of Chhattisgarh. Our objective is to preserve the tribal heritage by developing initiatives that promote the tangible and intangible parts of the tribal culture. National Tribal Dance Festival is a unique celebration that will not only showcase the various tribal dance forms but also help in conserving and promoting our tribal traditions and values.”, said Shri Amarjeet Bhagat, Minister of Culture,Government of Chhattisgarh.

The highlights of the festival this year will be:

●     The Tribal Dance Area - This area will feature a presentation of the various tribal dance forms by national and international tribes over three days. Chief Minister Shri Bhupesh Baghel will preside over the inauguration ceremony along with other Ministers. A parade of all the participating tribal groups will be organised as part of the inauguration ceremony.

●     Speaker Lounge - Many prominent names from various fields comprising art, music, film, health and wellness, food, hospitality and tourism, fashion and textile will come together in panel discussions to share their work experiences with tribal communities and future opportunities of development.

●     Live Showcase Area - This area will have demonstrations of tribal work. It will also give people an opportunity to interact with tribal artists and learn about various tribal art and craft forms.

●     Shilpagram - A craft market for local and tribal handicrafts

The aim of the festival this year is to present a complete exhibit of tribal communities and their way of life, explore opportunities to build collaborations between government and individual organisations, drive rural and eco-tourism and build a sustained focus on tribal development.