PM interacts with Chief Ministers to review the COVID-19 situation 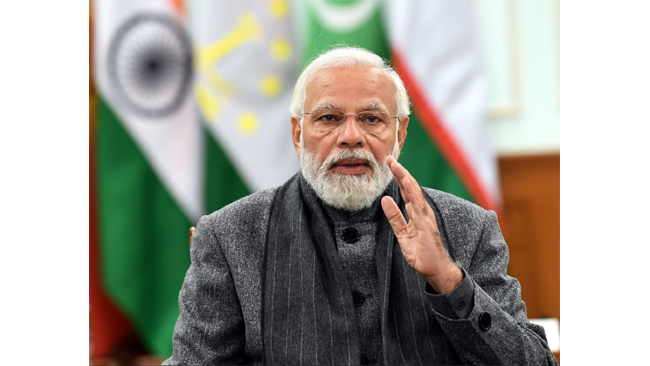 Union Home Minister spoke about the recent increase in Covid cases in some states, and about the need to follow test, track, treat, vaccination and ensure Covid appropriate behaviour. Union Health Secretary gave a presentation in which he discussed the rise of cases across several countries in the world, while also highlighting the rise of cases in some states in India. He spoke about the need for states to regularly monitor and report data, maintain effective surveillance, upgrade infrastructure and utilise funds given by the Centre.

The Chief Ministers thanked the Prime Minister for timely guidance and support since the start of the pandemic. They said that this review meeting has been called by the Prime Minister at the right time. They gave an overview of the status of Covid cases and vaccination in their states.

In his concluding remarks, the Prime Minister started with offering condolences on the loss of lives in the road accident in Thanjavur, Tamil Nadu. Shri Modi has announced an ex-gratia from the Prime Minister's National Relief Fund (PMNRF) for the victims of the mishap.

The Prime Minister noted the collective efforts of centre and state in the fight against Corona. He put on record his appreciation for the Chief Ministers, officers and all Corona Warriors for their efforts. He said that it is clear that Corona challenge is not fully over. Omicron and its subvariants can create problem as evident by the case of many countries of Europe. The subvariants are causing many surges in many countries. He said India has been able to deal with the situation better than many countries. Still, in last two weeks, increasing cases in some of the states show that we need to stay alert, he said.

The Prime Minister said that the Omicron wave was handled with determination and without panic and in the last two years, all aspects of Corona fight whether, health infrastructure, oxygen supply or vaccination, have been strengthened. In the third wave, none of the state saw situation going out of control. This, the Prime Minister said, should be seen in the context of the massive vaccination drive. He said vaccine reached each and every person and it is a matter of pride that 96 per cent adult population is vaccinated with at least one dose and about 84 per cent people above 15 years of age have received both the doses. Vaccine, as per experts is the biggest safeguard against corona, he added.