Centre, states should do more: Mayawati on NCRB data 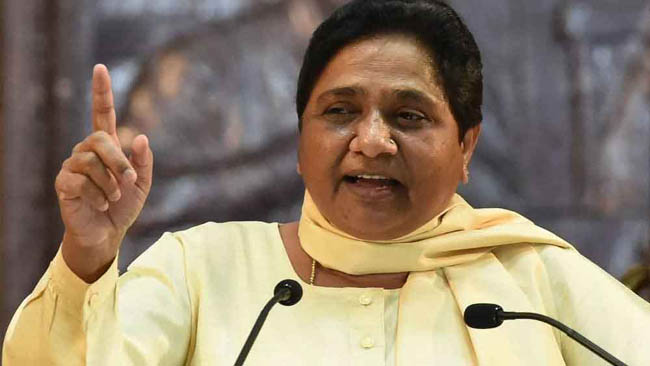 Lucknow, 23 October, 2019: BSP president Mayawati on Wednesday asked the government to make earnest efforts on the law and order front, especially on women security, saying the NCRB data do not bolster the image of the country.

Mayawati's reaction comes after National Crime Records Bureau (NCRB) released the annual crime data for 2017 after a delay of more than a year. The data said that with 3.59 lakh FIRs, crimes against women rose for third year in a row and the maximum cases were registered in Uttar Pradesh (56,011).

"The National Crime Records Bureau has presented the statistics of crime in front of the country and world after a long delay. They naturally have made big headlines in the media and they are definitely not improving the image of India, which is a matter of great sorrow and concern," Mayawati tweeted.

"These statistics make it clear that in all kinds of crime in the country, especially in the matter of women's safety, the central and state governments are in dire need to do a lot with full honesty. Uttar Pradesh is in the worst condition and this is when only one party BJP has its government at the centre and the state," the BSP leader added.

The NCRB, under the Ministry of Home Affairs, is responsible for collecting and analysing crime data as defined by the Indian Penal Code, as well as special and local laws in the country.