“I enjoy playing characters with multiple shades and Tandav gave me an opportunity to portray exactly that,” Saif Ali Khan 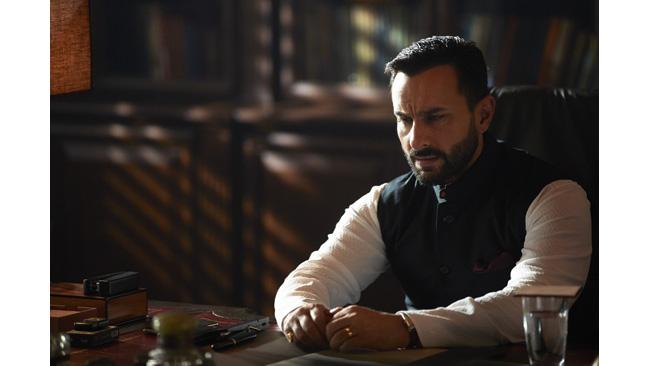 Since the trailer launch of Tandav, people have been excited to watch the show. How excited are you for the show’s release?

I am very much interested and eager to know the reviews of the show from serious & sensible people once it comes out. Since I am not on social media, I am not particularly interested in teaser and trailer reactions. I obviously respect the fans reactions but reviews interest me more. I am confident of Tandav and I hope people like it.

How did you prepare for the role in Tandav?

I think there are various influences that come into how you do something and prepare for a particular character. My character is a politician who tends to talk a lot in public places and so there were a lot of Sanskrit-ized Hindi speeches that I had to prepare for Samar’s character. The fun fact here is – I absolutely love speaking Sanskrit. At times we have a heavy shooting day and there are times when we have a lighter day. In this show, I had to speak almost 4 Sanskrit speeches every day. So I had to learn a lot of heavy duty lines.

What was your reaction when the makers planned to shoot TandavatPataudi Palace? How comfortable were you to shoot in the Palace?

We have shot a lot of sequences for the show in Pataudi Palace. I spend maximum of time in the palace than anywhere in the world. It’s my home so it was extremely comfortable shooting there. I never mind giving it for shoots especially when I am working in any project. It is almost unused for 340 days. I like to think of it as commercial property and happy to rent it out. But it does make me little bit nervous when the crew moves in. It was a pleasure staying there and shooting there. Dimple ji also stayed there with us. Rest of the shoot was done at the Imperial Hotel in Delhi. It was the most comfortable shoot that I have ever done.

Do you think jumping into the OTT bandwagon and being a part of this recent trend is reassuring and a very safe path for your career ahead?

I think it’s a privilege to be in front of the camera. It doesn’t matter if it is a long format show or a film. If you take it seriously then it becomes a serious thing. By this I mean if the best directors are directing, if the money is put into the production value and if you are trying hard to present your creativity and it is no different format. No platform can be better than the other, it is just the matter of efforts. Both cameras capture the essence of your spirit. I never thought it is a risk, in fact I take it as an opportunity to be experimenting with this new format.

When an actor plays a strong character like that of a politician, it often has different layers and sometimes shades of grey. What are your thoughts playing a politician’s character? Did you find it risky to play a politician?

I have done quite a few roles with grey shaded characters and I have thoroughly enjoyed them. Rather than playing milky-white character, I do find this more interesting and experimental. I am glad that I am able to play Samar’s character- vulnerable, fierce, authoritative and kind. It is like channeling a different part of your energy. Moreover, I don’t think playing a politician’s character is risky at all. Tandav is not a documentary, it a fictional account.

Tandav is a one of its kind political drama that viewers haven’t seen yet. It took us so long to have a show on a theme which is one of the most discussed topics. What do you have to say about it?

There’s no doubt that politics is the most talked about topic in India and we are the largest democracy in the world. It is very exciting to dramatize and come up with this fictional political story. The most challenging part is when you try to make something that is based on real things but is not very much real. With Tandav, we have pushed the envelope in a very commercial way and tried to make it more impactful for the audiences.

Be it films or web shows- What is the first thing in your mind while choosing your projects? It is screen time that matters the most or the character arc? What made you say yes for Tandav?

How was your experience working with actor & director Ali Abbas Zafar?

In any piece of work if you bring your best it has to be interesting. I was excited to know that Ali is interested to do something like long format. I was confident that it shows off your skill as a storyteller. There is a more subtle side to Ali’s storytelling that has come out in this format. Hence, It was great collaborating with him. He very well knows that a populist film needs a slightly different weight of hand to narrate the story. It needs a lighter and a different touch at certain places and I am glad that everything is taken care of. He has been one of the best directors to work with who has a great cinematic vision.

I have known Ali since Tashan and we have played cricket together. It is believed that if two people play cricket together, they are best of friends. They were no hierarchical system during the shoot working alongside him. Ali is the real Nawab in the Tandav and not me. I am just an underpaid actor.