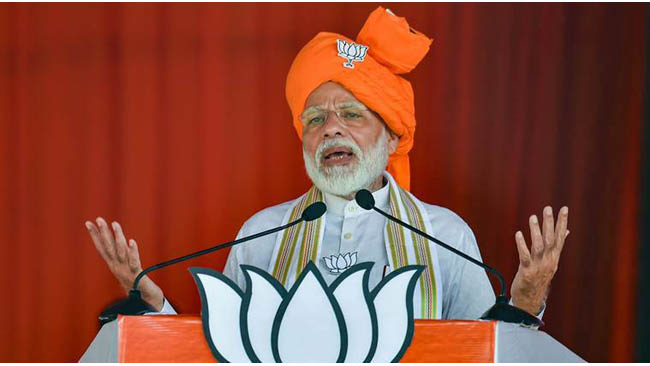 Prime Minister Narendra Modi on Saturday attacked the Congress, alleging that their wrong policies destroyed the nation and injustice was continuously done with Jammu and Kashmir.

Addressing a gathering here on the last day of campaigning, Modi attacked the party on Article 370 issue, saying it was a temporary provision, but for 70 years the Congress did nothing about it.

The prime minister also said that four lakh Kashmiri Pandits were forced to leave their homes in the valley.

He also attacked the Congress on the Kartarpur Corridor issue, saying for 70 years the devotees had to seek 'darshan' of the Kartarpur Sahib Gurdwara using binoculars.

He said the inability to bring Kartarpur Sahib Gurdwara in the Indian territory during Partition was a mistake.