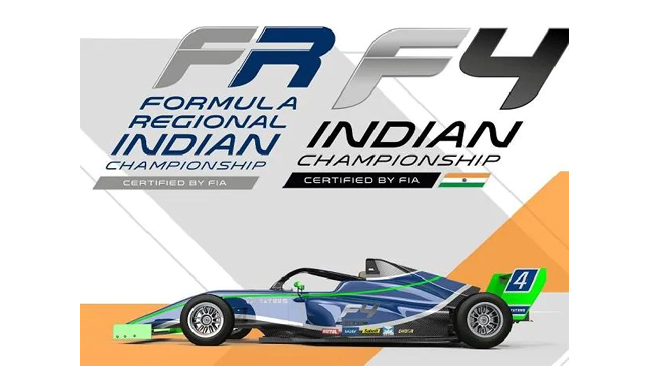 Powered by a vision to revive motor-sports in India, Indian motorsports company, Racing Promotions Pvt Ltd (RPPL)today announced the debut of the Indian Racing Festival. The festival which will bring in multiple franchise into the format will enthrall the audience on weekends in multiple cities including all kinds of exciting racing tracks and even a street circuit. The festival will begin from the weekend of November 11th and run every weekend untilthe weekend of December 10thacross 5 weekends across multi-city locations including the former F1 track at BIC Greater Noida, the debut of the India’s first street track at Hyderabad, Coimbatore and MMRT Chennai.

Details for the racing events are mentioned below -

Akhilesh Reddy, Director MEIL and Chairman, RPPL (Racing Promotions Pvt Ltd) says,“Our ambition for theIndian Racing Festival is to put India back on the map of motorsports and to provide opportunitiesfor young Indian racing drivers to take up the sport more seriously by providing them with a platform to advance to the top right in their own hometown. We are pleased to have drivers like Aditya Patel and Armaan Ebrahimin our team to guide us, we are also planning to reach out to various colleges as well to promote the sport.

Indian Racing Festival featuring Formula Regional Indian championship, Formula 4 Indian Championship and the Indian Racing League, will attract the international racing fraternity to India, and subsequently, suppliers to the global auto-racing industry.Racing Promotions' vision and initiatives in Formula Regionaland F4 are steppingstones towards taking an all-Indian team to F1 in the next 5-7 years and an all-Indian women's team to F2 in the next 10-12 years.”

The representatives of Indian Racing Festival attended the UK based GB3, GB4 and the British F4 championship and there are further plans to promote the Indian Racing Festival at prominent motorsports events around the world including becoming the first Indian registered company to exhibit at the mecca of motorsport-Goodwood Festival of Speed event in the UK. The team will also be in attendance at European events such as the Spanish F4, Formula Regional Europe championship by Alpine, Italian F4, French F4, German F4, FIA CIK event and ACCR F4.

The distinction of Indian racing will rise in the global rankings by holding not one, but two FIA sanctioned championships, which will attract spectators and contribute to economic success over the following 4-5 years.