Star Air is to Start Commercial Flights From Hubballi to Hindon (Delhi) From 6th November, 2019 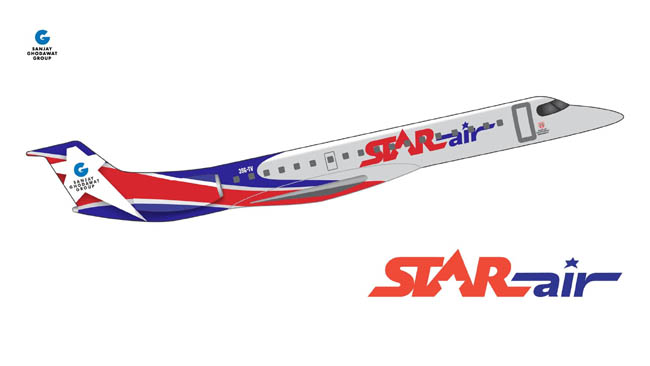 BENGALURU, 9 October, 2019: Star Air, part of Sanjay Ghodawat Group, since its inception in January 2019, has always taken the right step to create a niche for itself in this highly competitive but lucrative aviation arena. After garnering immense praise for its various popular services, and earning accolades for achieving the best on-time performance delivery in the startup category at all India level, the airline is now set to add one more golden feather to its cap.

Star Air will create history by launching its commercial air services from Hubballi to Hindon Airport (Delhi). It would be the first airline in India to start commercial operations from Hindon Airport, which is very close to New Delhi. Hindon is most suited for passengers travelling to Noida, Ghaziabad, Meerut, Nainital, Uttarakhand and Northern U.P. The nearest Delhi Metro stations isRajendra Nagar on Red line, using which the entire Delhi becomes reachable within 1 hour.

Hindon has been an active Air Force Base for many years. The first ever passenger terminal was inaugurated on 8th March, 2019 by Honorable PM ofIndia, Shri Narendra Modi. This airport is well-equipped with all modern facilities. As of now, Hindon Airport can handle up to 300 passengers at the same time but AAI is committed for its further expansion whenever the situation demands. This Airport will start its operations under the RCS-UDAN scheme where connectivity between Tier-2 and Tier-3 cities with metro cities would become a reality.

Sanjay Ghodawat, Chairman - Star Air, said, "Star Air is delighted and is ready to operate its services from the newly-formed Hindon Airport. It will be our first destination in the northern part of India and we will work towards adding more flights from Hindon Airport to various other cities in India. We are adding 3 more aircrafts to our fleet which will enable us to continue our network expansion."