Next Maharashtra CM will be from Shiv Sena: Raut 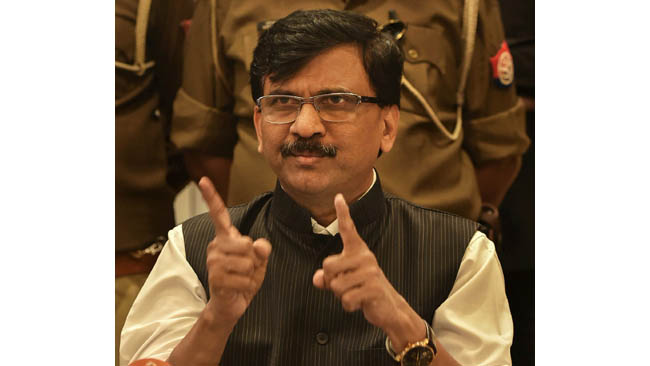 Mumbai, Nov 5 Amid the deadlock over government formation in Maharashtra, senior Shiv Sena leader Sanjay Raut on Tuesday reiterated that the state's next chief minister will be from his party.

He said the politics of Maharashtra was changing and his party would win in its fight for justice.

"The decision on Maharashtra will be taken in Maharashtra, the chief minister will be from the Shiv Sena," Raut told reporters here.

Amid reports of the Shiv Sena making friendly overtures to the NCP, Raut said Sharad Pawar will not be the next chief minister of the state.

"The politics of Maharashtra is changing...in our fight for justice, we will win," the Rajya Sabha member said.

The BJP and Shiv Sena are locked in a bitter tussle over the issue of chief minister's post, resulting in a stalemate in government formation despite results of the Assembly polls on October 24 giving the saffron alliance a combined seat strength of 161, way past the 145 majority mark in the 288-member House.